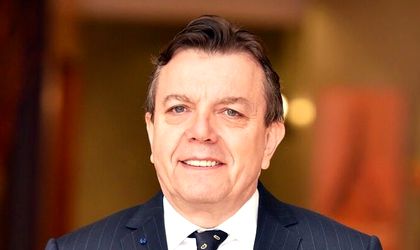 Patrick Carabin, the GM of the five-star Pullman hotel in Bucharest, expects that leisure travel will go up by 30 percent in Pullman hotel.

Carabin who before coming to Bucharest was responsible for another two hotels part of the Sofitel Group in Poland, told BR that Poland developed in the last years and he believes that the same will happen for Romania because higher demand has been seen on the Romanian market and that he is in the process of signing contracts with other cities from Romania, but also in Bulgaria and Croatia.

The business segment represents more than 75 percent of Pullman’s business, but besides that, Carabin says that he made partnerships with tourism agents and local attractions in order to develop the leisure market. Typically they are present from the end of July to beginning of September in weekends. Also the aim is to attract more customers from Bucharest, as they bring opportunities.

About 30 percent of the revenues come from food and beverage management ( FMB) and they target more, while from meetings, incentives, conferences and events ( MICE) come 15 percent and the occupancy rate grew by 20 percent compared with the same period of the last year and reached 100 percent, registering a drop in March, while the target for the whole year is 70 percent.

Pullman’s new head says that he aims to diversify the hotel’s restaurant offer and to further develop the hotel’s image, both for the business and the leisure clients. The terrace of Barbizon Steakhouse restaurant and L’Arpege Bar have just been opened and he plans to renovate the hotel until the Q1 of the next year, including the Galette terrace.

Carabin took over the management of the Pullman Bucharest Hotel after eight years spent in Poland, where he was in charge of two other hotels part of the Sofitel chain: Sofitel Warsaw Victoria and Sofitel Grand Spot.