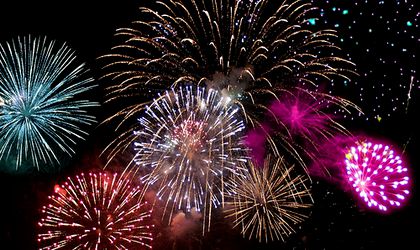 The financial crisis has brought a level of occupation of around 98 percent in Valea Prahovei, Romania’s most sought for winter destination, as reports the Federation of the Romanian Tourism Employers. Thus, this year, as previously, the demand for accommodation has been higher than the supply in the location, also due to the 15 percent decrease in costs compared to the 2009-2010 season.

As the report continues, another segment of interest to Romanians was that of the big cities’ hotels, clubs and restaurants, as around 20,000 tourists spent New Year’s in such locations. In rural destinations, around 22,000 official tourists spent the night between 2010 and 2011 and a similar number of unofficial visitors did the same, but in non-homologated locations, shows the data from the Federation of the Romanian Tourism Employers.

An estimate of 8,370 tourists spent New Year’s abroad, while 78,100 did so within the borders of Romania, with the latter spending a total of RON 74,519,896. The external tourism decreased by 20.2 percent compared to last year, while internally, a decrease of 18.1 percent was registered.

On an internal level, tariffs were cut by 20-25 percent, while externally, they were only reduced by 10 percent. In spite of all these reductions, the number of tourists is now at the level of 2004, shows the information from the Federation of the Romanian Tourism Employers. The same source gives as potential causes to this situation the short holiday period of this year (both Christmas and New Year’s were celebrated during the weekend), the drop in the Romanians’ purchase power and the development of New Year’s events in public squares.