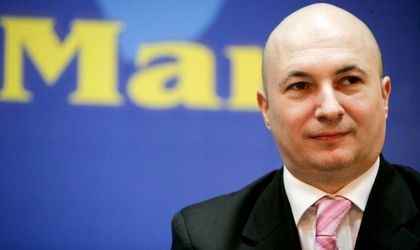 Romania’s governing party, PSD, has announced through its deputy general secretary Codrin Stefanescu that they will organise their own protest movements in Bucharest and in other cities throughout the country.

The decision came on Sunday night after an informal meeting of party leaders. Stefanescu added that the gathering will not be in support of the government, party leader Liviu Dragnea, the governing programme, as people “have already voted for these things last year’. Instead, it will be a protest against what PSD members call ‘the parallel and illegitimate state”, which according to them is characterized by phone tapping, the breaching of citizens’ rights and liberties and of the country’s laws and Constitution and the creation of an “organised group” at the highest levels of the state that takes illegitimate control over the country.

Codrin Stefanescu claims that the protest has been requested by the leaders of local PSD organisations due to pressure from Romanian citizens, who according to him have had enough and want to make their voices heard.

The protests are due to take place in multiple cities and will be organised at the same time, and details will be decided upon in the following days.

The first official announcement was made on Monday morning by the PSD organization in Dolj county, which aims to gather PSD supporters and members in Craiova on December 9th between 3 -5.30 pm. The University of Craiova will be the starting point of a march around the city’s main streets, and around 30.000 people are expected to participate.

These movements by PSD come as a response to the #Rezist protests that have been taking place in Bucharest’s Victoriei Square and in other cities across the country, against the government’s recent plans of changing the judiciary laws and the fiscal code in ways that the protesters think will increase corruption and create a lack of transparency in the system, a similar theme to the previous government’s actions in February which led to hundreds of thousands of people protesting on the streets of the largest cities.

Last week, the mayor of Bucharest Gabriela Firea announced that Victoriei Square will host yet another Christmas Market – regular protesters, NGOs and opposition leaders saw this move as aiming to shut down the anti-government protests and on Saturday a group of less than 100 protesters blocked the installation of the Christmas Market by taking down the initial structures that had been put in place by a firm contracted by the City Hall.

As a result of the protesters’ firm opposition, mayor Gabriela Firea announced later that the Victoriei Christmas Market would be cancelled, but denounced the lack of action by law enforcement.