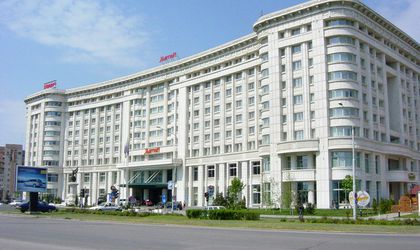 Prosecutors with the Bucharest Court of Appeal and police officers investigating economic crimes raided on Thursday the premises of the Marriott Hotel in Bucharest, in a tax evasion case involving damages to the state budget of over EUR 1,600,000. There are three suspects in the case.

The prosecutors carried out searches at the headquarters of SC S. SRL and SC SCHG Ltd., the two companies that own the Marriott hotel. Based on an order issued by the Bucharest tribunal, they seized financial and accounting documents as well as other files to be used in a criminal case involving tax evasion, a statement by the Bucharest Court of Appeal states.

According to the prosecutors, between 2008 – 2015, the accounting documents of SC S.C.H.G. SR recorded expenses with interest expenses and losses from foreign exchange differences, under a loan agreement with SC S. SRL, with the false justification that this contract is guaranteed by the Romanian state, which entitled the beneficiaries to pay a lower profit tax. The damages incurred to the state budget amount to RON 7,581,113 (EUR 1,685,000).