Romanian town Ramnicu Valcea, or ‘Hackerville’, according to Wired magazine 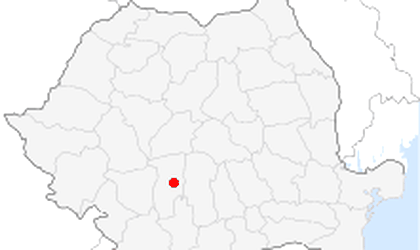 Romania has been receiving quite a lot of attention in the international press lately. If last week it was all about the stray dogs wandering freely on the streets of the country,  technology-focused monthly magazine and online periodical Wired has published a feture on local town Ramnicu Valcea, or “Hackerville”, since it shelters an important network of cybercriminals.

What the author of the article, Yudhijit Bhattacharjee, first notices about the town is how “expensive cars choke the streets of Ramnicu Valcea’s bustling city center—top-of-the-line BMWs, Audis, and Mercedes driven by twenty- and thirtysomething men sporting gold chains and fidgeting at red lights.” When he asks his cab driver about where these people get their money from, he quickly receives his answer: “They steal money on the Internet,” he says.

It seems that the “remote” town in Romania, situated at the foot of the Carpathians, has gained quite a reputation, as the author adds: “Among law enforcement officials around the world, the city of 120,000 has a nickname: Hackerville. It’s something of a misnomer; the town is indeed full of online crooks, but only a small percentage of them are actual hackers. Most specialize in ecommerce scams and malware attacks on businesses. According to authorities, these schemes have brought tens of millions of dollars into the area over the past decade, fueling the development of new apartment buildings, nightclubs, and shopping centers. Râmnicu Vâlcea is a town whose business is cybercrime, and business is booming.”

Bhattacharjee also discussed with local policemen who helped him establish a short history of the evolution of hackers in the region. “In the early days, the perpetrators weren’t exactly geniuses. One of the first cases out of the region involved a team based in the neighboring town of Pitesti. One crook would post ads for cell phones; the other picked up the wired money for orders that would never ship.” Later on, as the article continues, “the con artists got even sneakier. “They learned to create scenarios,” says Michael Eubanks, an FBI agent in Bucharest. “We’ve seen email between criminals with instructions on how to respond to different questions.” The scammers started hiring English speakers to craft emails to US targets.”