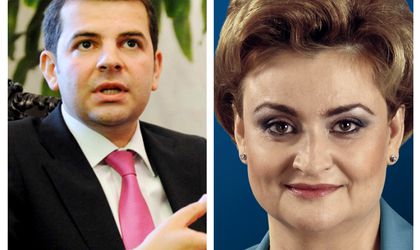 President Klaus Iohannis has signed the decrees on appointing Gratiela Gavrilescu as the new Minister of Environment and Romania’s vice prime minister and Viorel Ilie as minister for the Relation with the Parliament.

The investiture ceremony of the two ministers is scheduled to take place at 5 pm at Cotroceni Palace. The Alliance of Liberals and Democrats (ALDE) leadership proposed Gavrilescu for the position of Minister of Environment and vice-prime minister and Viorel Ilie for that of the Minister for the Relation with Parliament.

The reshuffle took place after ALDE’s Central Political Bureau decided to withdraw the political support fro, Daniel Constantin, vice prime-minister and Environment Minister. Last Monday, PM Sorin Grindeanu said he talked to Klaus Iohannis about the new proposals for ministers, stating he is waiting for the decision of the head of state. Later, Grindeanu announced he had decided to revoke Daniel Constantin from his position.