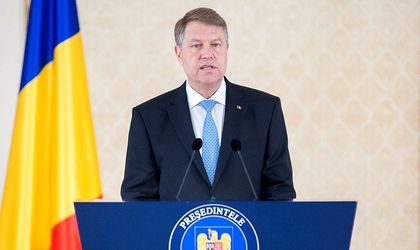 President Klaus Iohannis said on Monday evening that he rejected the request of the minister of justice, Tudorel Toader, to dismiss the head of Romania’s main anticorruption institution DNA, Laura Codruta Kovesi.

Iohannis said in a press conference that the request had already received a negative opinion from the Superior Council of Magistracy. The head of state pointed out that he was not convinced by the reasons mentioned by Toader for Kovesi’s removal. He went on to say that most of the reasons “aren’t in line with the legal provisions.”

Shortly after Iohannis’ announcement, the minister of justice said that the government will notify the Constitutional Court regarding the president’s decision to reject the dismissal of DNA’s head.

He wrote on Facebook that the Romanian president doesn’t have the legal ability or the capacity to assess the professional and management activity of Kovesi.

Iohannis underline the fact that specialists in the Presidential Administration analyzed the assessment report assumed by Tudose regarding the activity of the DNA in the past year.