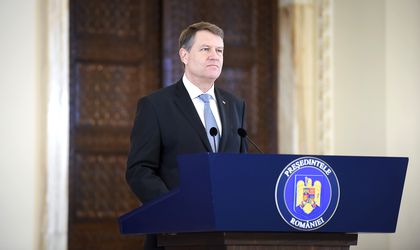 Madalina Dobrovolschi, spokeswoman of Romanian President Klaus Iohannis, announced in a press release that the head of state summoned General Florian Coldea at the Cotroceni Palace for talks.

Asked by the press to provide details on the content of the talks, Dobrovolschi said she does not have this kind of information.

General Coldea made headlines after businessman and former MP Sebastian Ghita revealed in a video broadcast by Romania TV that he had spent his holidays several times together with the Coldea family. Ghita released a picture allegedly taken at Disneyland which features several individuals, including two women, namely Ghita and Coldea’s wives. The wife of Florian Coldea, Dorina Coldea, is employed by the Romanian Intelligence Service (SRI).

Moreover, Ghita said that “Iohannis is kept prisoner by Coldea and Kovesi. I presented this to the Romanian Parliament. He is afraid of the files they can create to Ms. Carmen Iohannis now and President Iohannis is also afraid of what can happen to him after his term as president ends. The threat with criminal cases also hangs over the Romanian President’s head. For ten years, Florian Coldea and Codruta Kovesi are heading, either the General Prosecutor and the [National Anticorruption Agency] DNA, in the case of Ms. Kovesi, either the Sri, in the case of Mr. Coldea. They support each other and annihilate any threat against them. Today, these days they defy the votes cast by Romanians. This is impossible to accept in a democracy.

On Thursday SRI head Eduard Hellvig, called for the creation of a special commission to investigate the allegations. His attributions will be taken over by Eduard Hellvig. “Following information published in the public space that referring to Mr. Lieutenant General Florian Coldea, that were subject to preliminary checks, SRI Director Mr. Eduard Hellvig ordered, in compliance with procedures, create a special commission to check any violation or professional ethics,” the Romanian Intelligence Service announced in a press release.