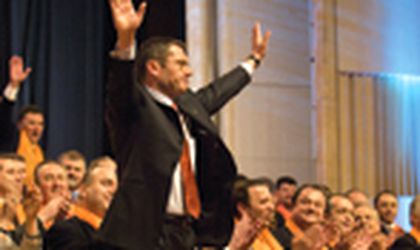 Basescu's announcement of the new PM comes after he said during consultations with the political parties that he did not want to put off the forming of a new government until after the presidential elections due on November 22. After the consultations Romanian liberal leader Crin Antonescu said his party continued to back Sibiu's mayor, Klaus Johannis, in the role at least until September 2010 and a PDL-PNL government, as recently proposed by Basescu, was out of the question. “Our stance is steadfast – Klaus Johannis for prime minister. From our point of view, the democrat liberals want to support Johannis, the door isn't shut. What is clear and unchanged is our support for Johannis and refusal of a political government in favor of a government of technocrats backed by a majority consensus, who would run the ministries with authority and receive support from the political parties,” said Antonescu.Besides the National Liberal Party, the Social Democrat Party and the Democratic Union of Magyars in Romania (UDMR) also announced that they continue to support Johannis. Negoita will have ten days to form a new cabinet after which he and his team will be presented and put to the vote in Parliament.
Dana Ciuraru