Power games in Bucharest ahead of presidential election: Iohannis defends seat against a weak PSD rival, a Manchurian candidate and one man who could actually beat him 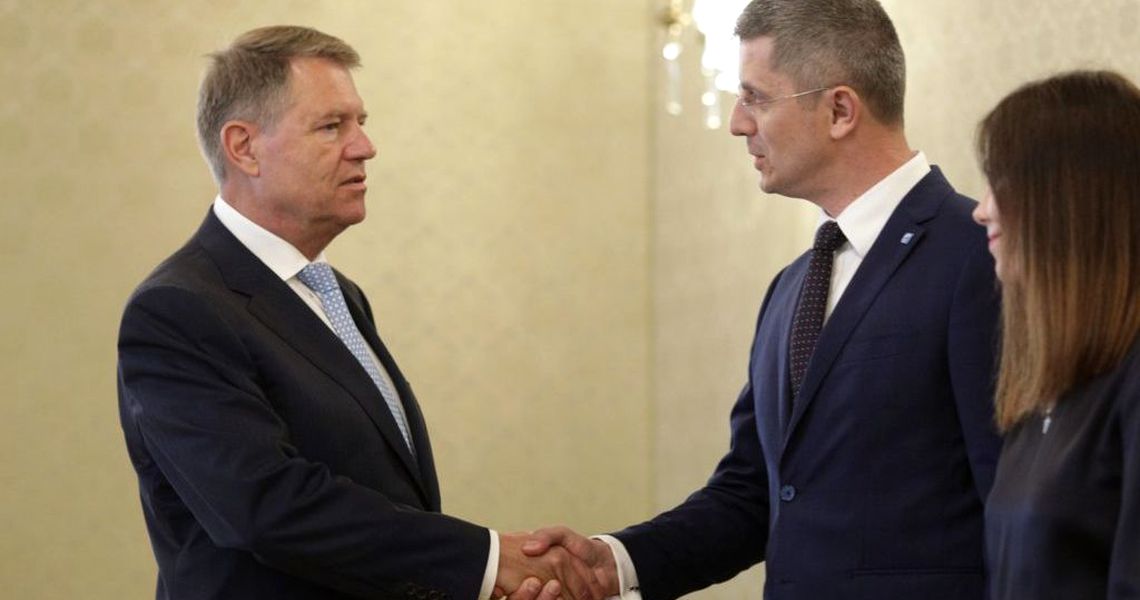 Romania is preparing for a new round of presidential elections, scheduled in the fall (November 10 and 24). As usual, a plethora of candidates have already announced their intentions, but very few of them start off with decent chances.

Klaus Iohannis, the current president, is considered the favorite candidate as he’s polling above 40 percent in the first round of elections.

But the situation seems to be quite complicated for him. Normally, he would have had an easy second round battle with Viorica Dancila, the current prime minister, who owes her whole career to the former PSD leader Liviu Dragnea (currently jailed for corruption), and who is considered easy prey for Iohannis as she is seen as a weak candidate even inside her own party.

Experts argue that Dancila’s chances to enter the final round are ridiculously low.

“Mrs. Dancila has no chance of passing to the second round, regardless of any alliance she had. Victor Ponta and Liviu Dragnea have left a terrible legacy to the Social Democrats,” Alin Teodorescu, a reputed sociologist and the head of the IMAS polling house, told Evenimentul Zilei.

The PSD not having a candidate in the second election round would be a first for Romania since the bloody December 1989 Revolution. The party, a political monster emerged from the ruins of the Soviet-led Romanian communist republic, has ruled this country for most of the last three decades.

But Romanian society is changing, and its politics are changing as well. A real middle class is emerging in major cities, for the first time in the country’s history, and massive migration to wealthier states is changing the structure of rural communities as well.

And this new society needs new political structures to represent it.

Mr. Iohannis, a soft liberal, would certainly prefer to have an easy-to-beat candidate like Dancila in the second round – because the current constitutional provisions make it almost impossible to win the presidential elections in the first round, even if a candidate got more than 50 percent of votes.

Mrs. Dancila would be the perfect second-round rival for him, as even her party colleagues see her more as a subject of jokes than an icon of the main left wing party.

But times are changing. Two new candidates have emerged on the scene. The first is well known to the general public.

His name is Mircea Diaconu and he is basically a comedian, but his political game over the last five years – when he has been an MEP in the European parliament – hints at his “Manchurian candidate” profile.

His political career emerged in 1989, when he was an actor – or comedian? – during the fall of Ceausescu’s regime. Videos from that time show him discussing with the Securitate head Iulian Vlad, who apparently was giving him directions on what to do next.

Now, Diaconu is preparing for a new role: playing in the presidential elections as the representative of a strange alliance between small socialists and small liberals (Pro Romania, led by the former PM Victor Ponta, and ALDE, the party led by former PM and PSD ally Calin Popescu Tariceanu, who left the ruling coalition earlier this week).

In Romania, few people are still expected to fall for his stories, according to the latest polls.

But there is another candidate, and he may turn out to be an uncomfortable challenger for Mr. Iohannis – Dan Barna, a former EU funds specialist and the current leader of the USR party, which managed to get a significant chunk of the vote in the European Parliament election. Barna’s political career began unexpectedly 3 years ago, according to his own statements, but he is already considered to be the biggest threat for the current president.

“At this moment (mid-August 2019), we know that Mr. Klaus Iohannis will enter the second round from the first place, together with Mr. Dan Barna, in second place. In the second round, Mr. Barna wins by 52 to 48 percent,” Teodorescu concludes.

Ironically, Iohannis and Barna were both born in the same place: the south-Transylvanian city of Sibiu (or Hermannstadt, in German).  The first is a Lutheran Saxon, now a negligible minority in Romania, and the other is Romanian.

Iohannis has no offspring, while Barna is the father of a child. In the East, these kinds of small details may be the key to success.

Current president Klaus Iohannis is seen as a rather distant and cold figure, who speaks slowly and with little expression, but paradoxically, that can be seen as a good thing in a country that’s both Latin and Eastern European, where the restrained German style is seen in a very positive light.

On the other hand, Barna says that he would be a different kind of president: someone who’s more involved in the society and closer to the people.