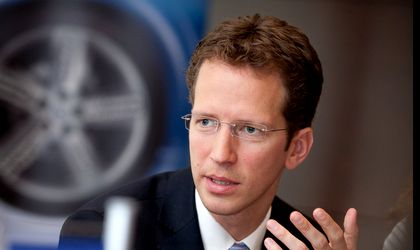 Car financing by Porsche Finance Group has increased by 27 percent year-on-year to EUR 33 million in the first quarter of 2012, and the company estimates the growth trend will continue this year, especially in the operational leasing area.  The group’s financing moved up by 12 percent y/y to 1,970 vehicles in Q1.

Porsche Leasing, the financial leasing arm with the largest share in the group, had a car portfolio of 31,727 units at end March, while the value of financed cars stood at EUR 24 million, recording a 5.2 percent increase on new contracts in Q1. Porsche Insurance had over 10,500 gross written premiums in Q1.

Porsche Mobility, the operational leasing arm, registered a 65 percent increase of new contracts in Q1, and the car portfolio gained 18.5 percent to 3, 848 units at end March.

Romanian SMEs are starting to outsource fleet services due to cost efficiency, and higher predictability on the budget, according to Nekolar.

The Association of Operational Leasing Companies (ASLO) estimates the market will increase by at least 20 percent to over 44, 000 units. In addition, the turnover at industry level should reach EUR 300 million this year.

Porsche Bank, which grants loans to individuals and companies looking to buy a car,   increased it portfolio by 4.2 percent in Q1, while the value of financed vehicles stood at EUR 2 million. Currently, the group’s financing rate of cars sold by Porsche Romania stands at 45 percent. The most popular financed brands are Skoda and Volkswagen.

Nekolar said the financing in RON is starting to increase due to the Euro volatility and international market conditions. The group has already launched a financing plan in RON with zero down payments for REMAT, and will launch a new financial leasing program in the domestic currency in Q4.