Pope Francis to visit Romania between May 31 and June 2 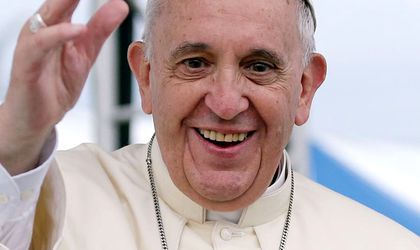 Pope Francis will come to Romania this year, according to Digi24. He will arrive in Bucharest on May 31, 2019 and remain in our country for three days.

Pope Francis was invited to Romania by President Klaus Iohannis in March 2017. According to the official schedule, the Pope will also visit Cluj-Napoca and Iasi. The last visit by a Pope to Romania was that of Pope John Paul II in 1999.

The news does not appear on Pope Francis’s packed schedule for this year, where we can see that the Holy Father will visit the United Arab Emirates in February, Morocco in March, Bulgaria and Macedonia on 5-7 May and hopes to be able to visit Japan and the Pan-Amazonian region.

“After a short rest in April, the Holy Father heads across the Adriatic Sea to visit Bulgaria and the former Yugoslav Republic of Macedonia on 5-7 May. In Bulgaria he will visit the cities of Sofia and Rakovski. Then he will travel to the Macedonian city of Skopje, where Mother Teresa of Calcutta, founder of the Missionaries of Charity, was born. Catholics in these two Balkan nations are a tiny minority amidst the Orthodox majority, so promoting ecumenism will be high on the Pope’s to-do list,” shows the Vatican News.

According to the quoted source, on this occasion, Pope Francis will visit the cities of Bucharest, Iasi and Blaj and the Marian sanctuary in Sumuleu Ciuc.

The EFE agency writes that the Vatican has also communicated the theme of this journey – “Let’s Go Together” – the same as John Paul II chose during his visit in 1999. Francis will travel to Romania to “invite to unity and to confirm the faith, “according to the presentation of the theme of the trip, quoted by the Spanish media agency.

The detailed program of the Pope’s visit to Romania will be published at a later date.