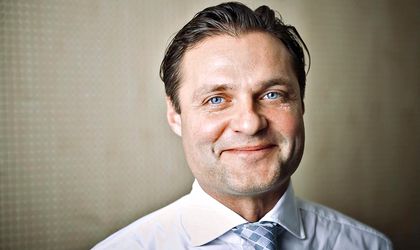 The Property Fund (FP) is planning a secondary listing on the Warsaw Stock Exchange (WSE) by year end, but the direct link between the Romanian Central Depositary and the Polish Depositary of Securities hasn’t been set up yet, so the fund is also considering an indirect link through a custodian bank in order to carry out the listing with estimated costs of EUR 2.4 million, according to FP budget estimates.

In April shareholders in the FP agreed a listing in principle and will approve the costs and listing methods at the next meeting scheduled for June 27. The FP will be advised on this transaction by a consortium comprising J.P Morgan, the investment bank, and UniCredit Group as global coordinators, and KBC Securities, the brokerage, as co-manager. The fund has capped the consortium’s fees and expenses at EUR 1 million.

The consortium advised the fund to go through a technical listing in the first stage, as investors will be attracted by placements of shares sold by existing shareholders. In order to make the shares fungible across the two markets, and to obtain sufficient liquidity in the after-market, the depositaries in Poland and Romania need to be linked, according to FP officials.

“Romania may face problems at a European level, as it’s part of the European Union, if the central depositary does not link with the Polish one,” said Greg Konieczny, fund manager of the Property Fund, last week.

Adriana Tanasoiu, director of the Central Depositary, said this April the link with the Polish depositary could be set up after the national securities commission (CNVM) extends its regulation, which will be further replicated in the Central Depositary code. Following this procedure, a technical solution will be found to link the two depositaries.

This link would allow Romanian companies to tap into the Polish capital market, where 38 IPOs were carried out last year. The Polish depositary already has a direct link with the Sibiu Stock Exchange (Sibex) depositary. Last year, the WSE had a market capitalization of EUR 155 billion and 426 listed companies, with average daily trading at EUR 514 million. Meanwhile, the Bucharest Stock Exchange had a capitalization of EUR 16.4 billion and an average daily trading of EUR 9.2 million, with 79 listed companies.

The FP had a market capitalization of EUR 1.75 billion in April, reaching an average daily turnover of EUR 1.47 million. FP shares fell by 1 percent to RON 0.4810 on Friday afternoon trading.