PM Dancila: US VP Mike Pence to visit Romania in the first half of 2019 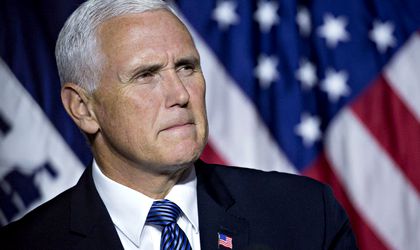 Romanian Prime Minister Viorica Dancila said on Thursday for Antena 3 that she had spoken to US vice president Mike Pence on the phone and that he promised he would visit Romania in the first half of this year.

“I had a phone conversation with VP Pence, which lasted around half an hour. We discussed our excellent bilateral relationship and the positive developments in the strategic partnership between Romania and the US. We both underlined the importance of the continued development of all the fields covered by the strategic partnerships, especially the economy. I pointed out how seriously the Romanian government takes the strengthening of the transatlantic relationship. I thanked VP Pence for the US’s support for the consolidation of bilateral cooperation in the security area, as well as for NATO. He expressed his appreciation for Romania’s commitment to develop its relations to the US. VP Pence appreciated the way the Romanian government has managed the rotating Presidency of the Council of the EU, our commitment and our results. I invited Mr Pence to Romania and he promised he would make this visit in the first half of the year,” said Dancila.