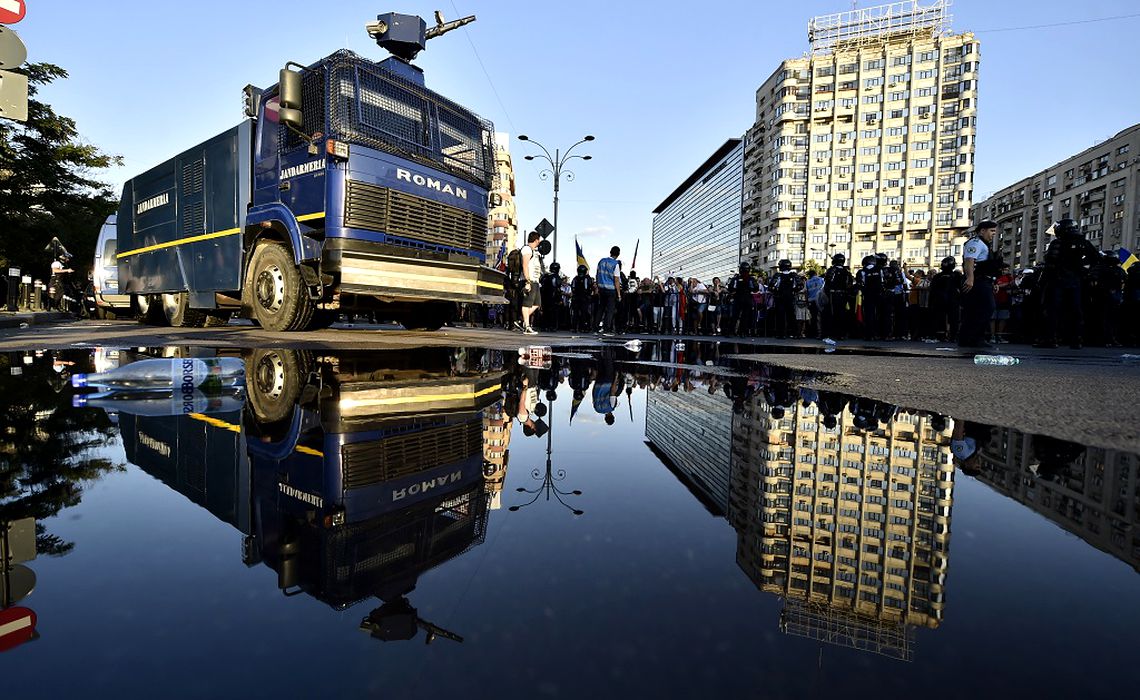 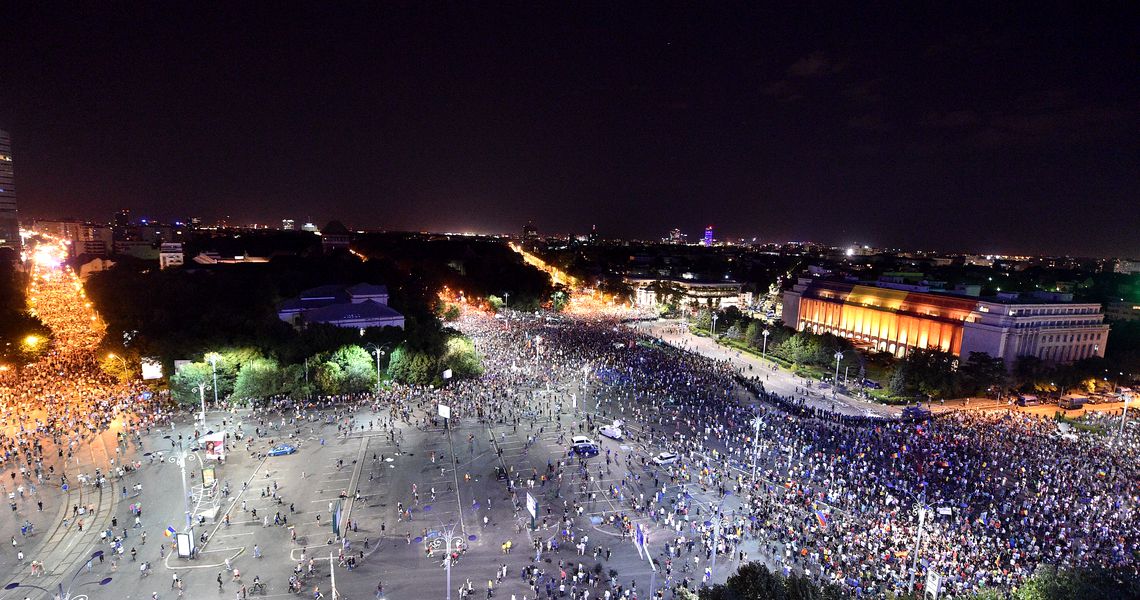 Protesters gathered yesterday evening in the Romanian capital’s Victoriei Square, in front of the government building, to protest the government led by the PSD-ALDE coalition. The protest was organized for members of the Romanian diaspora, many of whom travelled back to the country specifically to join the movement, which had been planned on social media starting several weeks ago. It is estimated that around 100,000 people protested in Victoriei Square last night. About 50,000 others protested in smaller cities throughout the country.

Unlike during other recent protests in Bucharest, the gendarmerie started to use crowd control tactics like tear gas and a water cannon early on in the evening, building up to a terrifyingly violent climax a little after 11 pm.

452 people required medical care during last night’s protest in Bucharest, of which about two dozen were members of law enforcement. 65 individuals were taken to hospitals in the city.

As gendarmes started to evacuate the square after 11 pm, two officers, including a woman gendarme, were caught by a group of violent men who beat them for a few minutes before they could escape. The woman was taken to hospital with serious injuries after the encounter.

Law enforcement tactics and reactions last night have raised several questions among pundits. The gendarmerie will have to explain why they felt the need to use so much tear gas continuously throughout the night. This was not the first protest where violent provocateurs attacked the police line, but the gendarmes responded much more efficiently on other occasions, removing the aggressive individuals from the crowd. 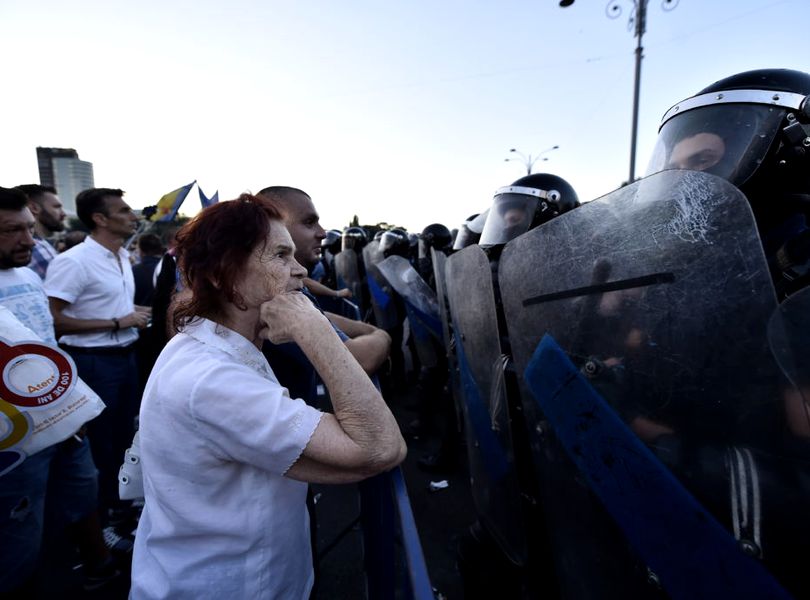 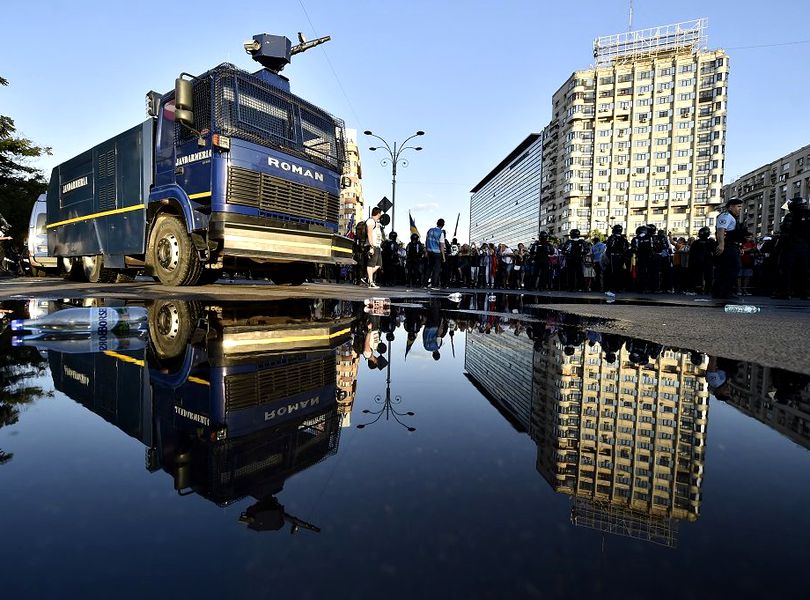 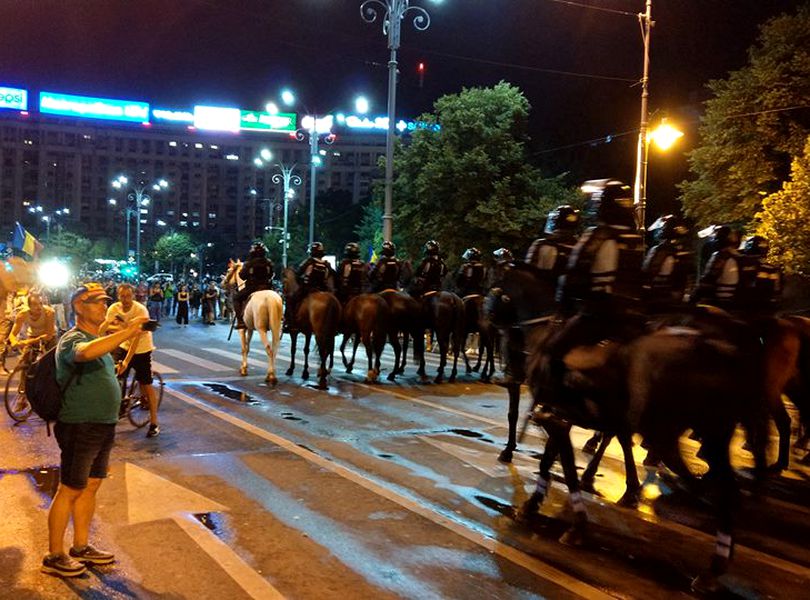 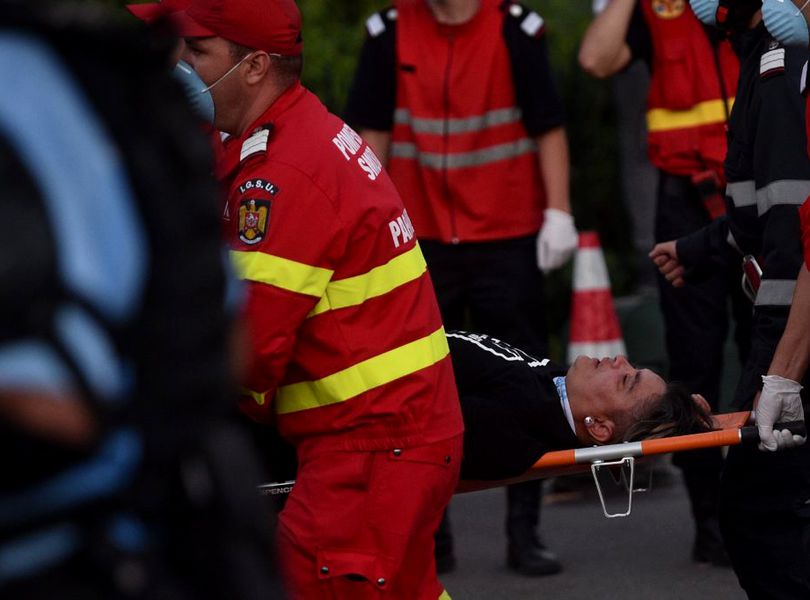 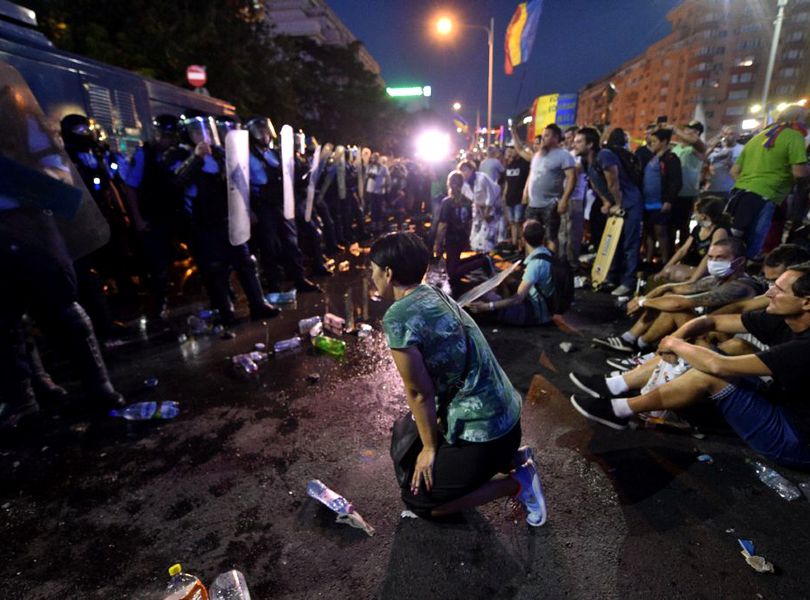 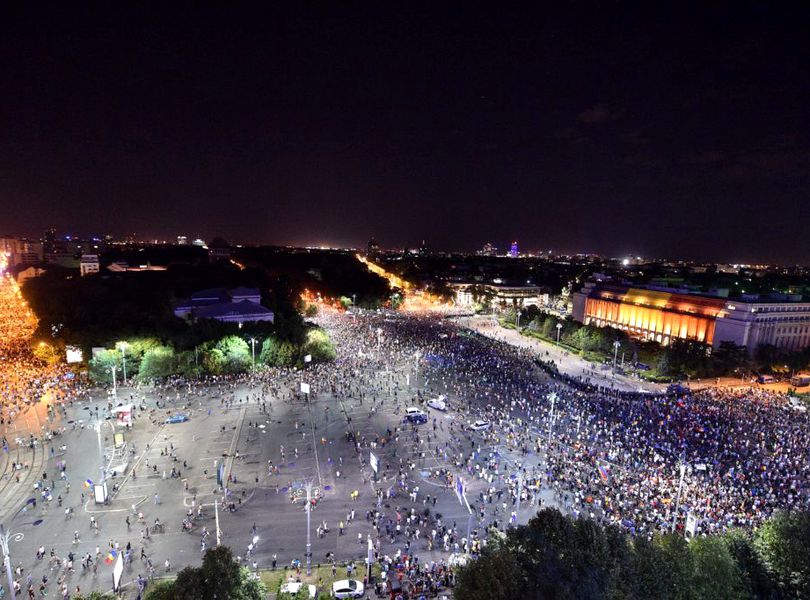 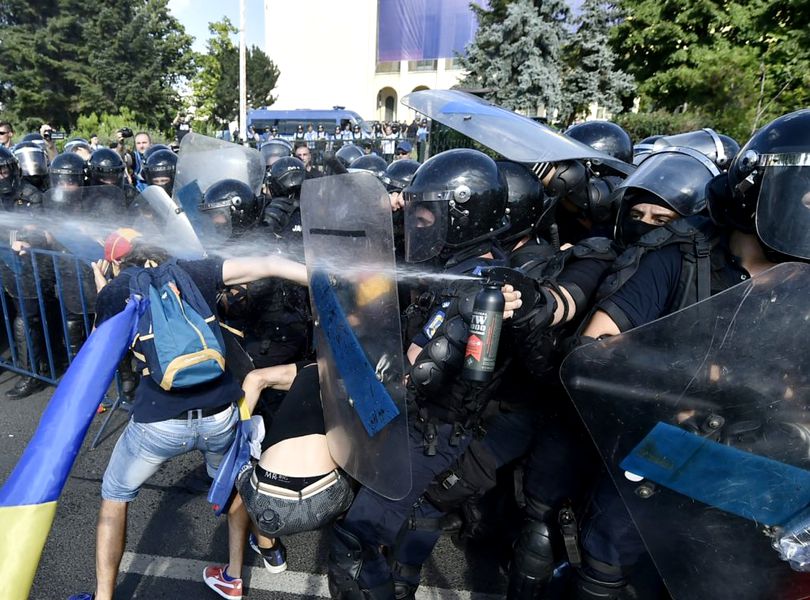 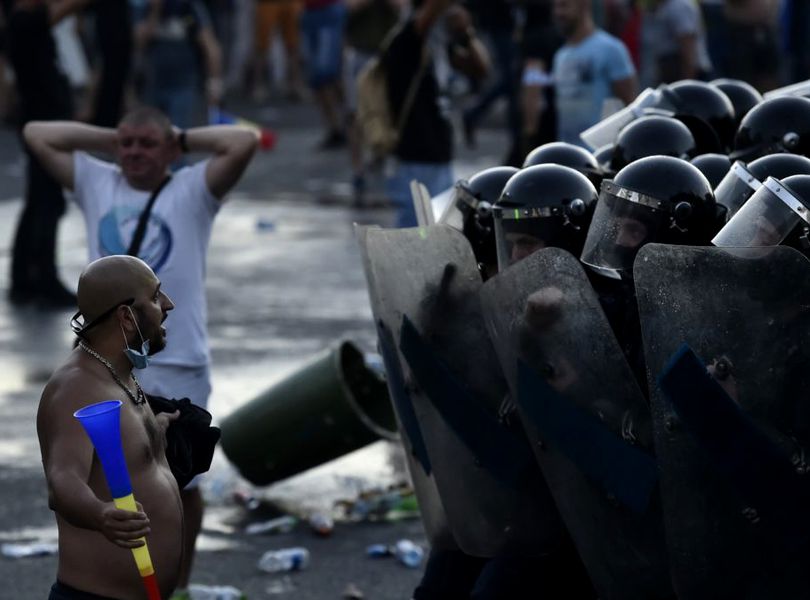 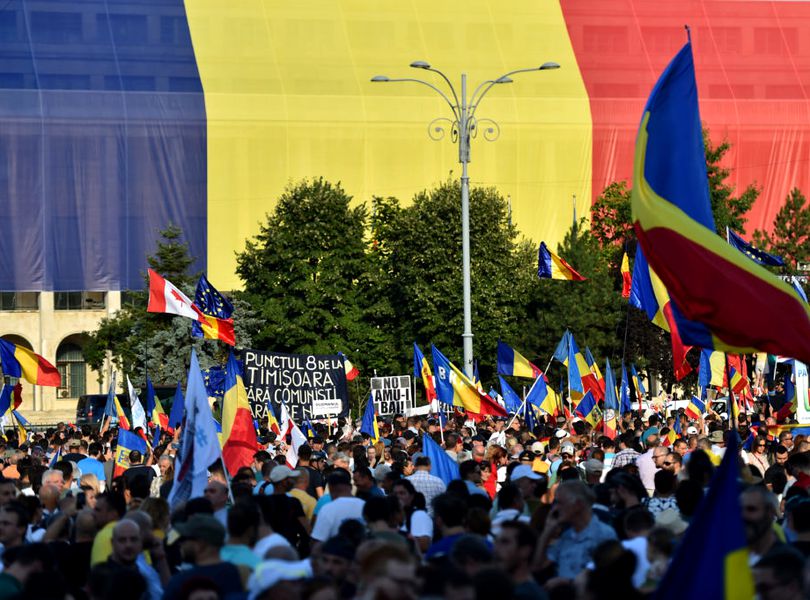 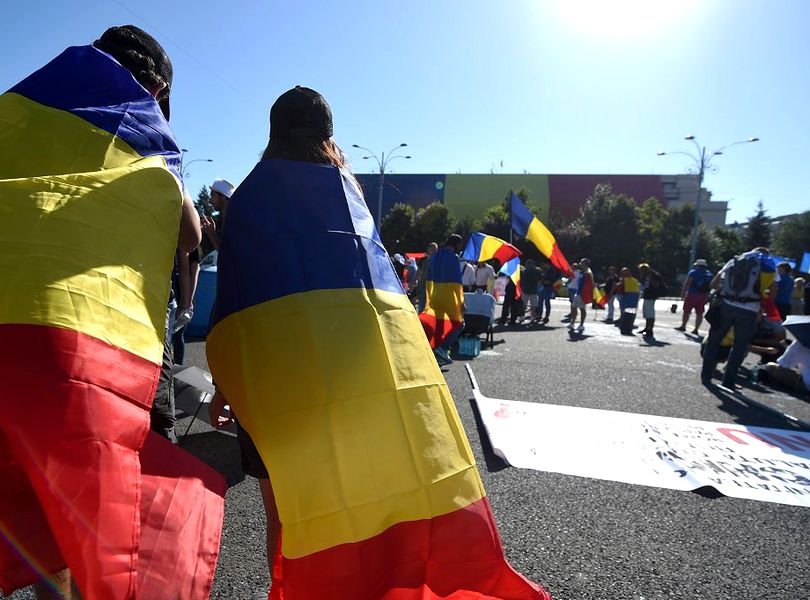 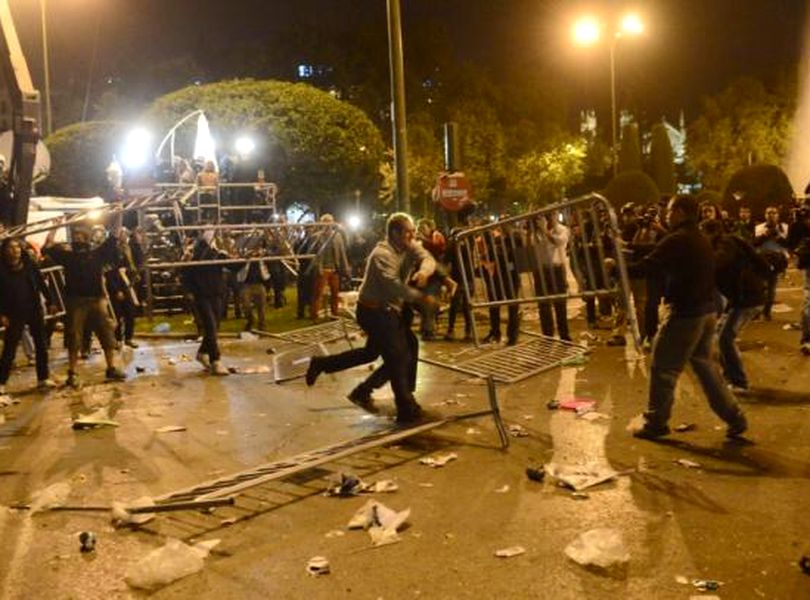 People who spent several hours in Victoriei Square recount that tear gas containers were deployed constantly throughout the protest and many have said that the gendarmes used the tear gas randomly and did not just target the few dozen aggressive protesters (believed to have been football hooligans), but also peaceful participants including women and young children.

At 9 pm sharp, most of the people in Victoriei Square turned on their phone lanterns in a move that has become typical of Romania’s protests. But it was a matter of minutes before law enforcement hit protesters with a new round of tear gas.

Protesters called for the resignation of the PSD-ALDE government led by PM Viorica Dancila. They also want snap elections and tougher jail sentences for corrupt officials. Romanians working and living in Western Europe, Canada and the US are among the people that arrived in Bucharest to make their voices heard.

Other large cities in Romania had thousands of protesters on the streets making the same demands as those gathered in Bucharest.