Petrom and IBM signed a contract worth several million EUR through which IBM has rented the data center from Petrom City and will offer data center services to Petrom, OMV but also to other unrelated clients IBM plans to attract. The contract between the two entities was signed in September and will run for ten years.

“This agreement shows the importance IBM places on the enhancement of its operations in developing countries and we expect that by 2015, 25 percent of our revenues come from emerging markets, among which Romania,” said Mihai Tudor, Country General Manager, IBM Romania.

IBM will offer data center specific services such as hosting and installation services, cloud computing services as well as others such as data back-up and recovery in case of calamities.

“This agreement will help Petrom reduce operational costs with the data center, allowing IBM to offer its clients an entire range of IT services in a manner that is time and cost efficient,” said Tudor. The data center is located in the Petrom City campus and is entirely supplied with electricity from a power plant in Petrom City.

Petrom City, the future headquarters of Petrom is located in the northern part of Bucharest. Approximately 2,500 employees will work there, who are currently in the current centers in Bucharest and Ploiesti. The campus comprises two office buildings, a data center, a power plant of 5MW and a parking lot with 900 places on a surface of 100,000 square meters. 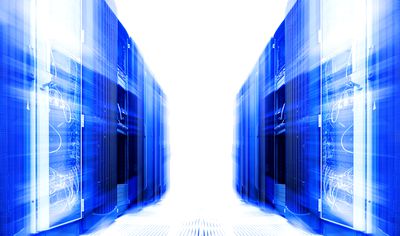 Petrom has operations in Romania and Kazakhstan, where it exploits oil and gas reserves estimated at 854 million oil barrels (of which 823 million in Romania) and has an annual refining capacity of 8 million tons. Petrom’s activity in Romania is run under the umbrella of OMV Petrom Marketing, which is totally owned by Petrom. OMV Petrom Marketing has 546 distribution stations of which 389 are Petrom stations and 157 are OMV stations. The group also runs 250 filling stations located in the Moldova Republic, Bulgaria and Serbia.