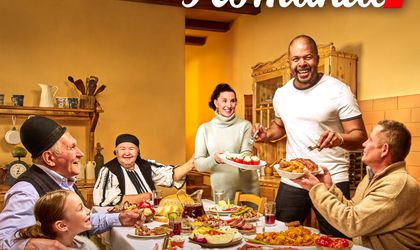 „In the context of the extensive standardization and globalization, we chose to concentrate ourselves on the local particularities. Anywhere and anytime we’ve done this before we were able to see both the consumers’ satisfaction, as well as an instant effect, the positive evolution of the campaign’s performance indicators,” said Dennis Biernatzki, general manager, Rewe Romania.

During the last years, Penny Market was permanently dedicated to ensuring a range, an ambience and services that would respond to the Romanians’ needs and preferences.

The new communication concept wants to transmit the message that Penny Market understands the preferences, the habits, but also the Romanians’ soul.

Therefore, the new concept will be declined for the stores’ network in a series of communication themes such as: the Romanian Meal, The Romanian Celebration, Romanian Offers, Romanian Humor, Romanian Hospitality and Romanian Weekend.