Number of passengers on International airport Avram Iancu in Cluj up by 50 pct to over 2.5 mln in 2017 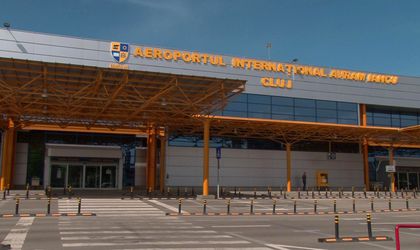 International airport Avram Iancu in Cluj registered an year-on-year increase in the number of passengers by 50 percent to over 2.5 million in 2017, according to the director of the airport, David Ciceo.

The total number of passengers registered on charter flights in 2017 was 82,695, an year-on-year growth close to 15,000 passengers, meaning 22 percent.

„We closed 2017 with 2.69 million passengers. We had an increase by almost 50 percent. We are glad that the touristic traffic increased also very much (…) We have an important increase in the traffic, 32 percent and also an increase by 39 percent in merchandise and an increase by 22 percen5t in the touristic charters. We consider that we still have potential to serve the entire region of Transylvania, although the competition is higher and higher. The number of passengers on touristic charters increased constantly. We will still support the new destinations, we’ll make them more popular, so that we address more and more to the neighbouring counties,” said Ciceo.

According to him, the top charter destinations in 2017 were: Antalya, Heraklion, Hurghada, Corfu and Rhodos.

Currently from the International airport Avram Iancu there are 45 destinations in 20 countries.

According to Ciceo, the priority of the airport’ head is the infrastructure modernization aiming to reach the limit of 7 million passengers, that according to the estimations, will happen in 2032.

We finished the expansion of the parking for aircrafts by three parking lots, approximately 20,000 sqm. We are building three new parking lots. This year we’ll start building a new taxistrip on the flight strip and we need a new terminal. The most important for the airport development is the flight strip expansion. For this we hope and we’ll request help from the local and national authorities to finish the deviation of the Somes river,” said Ciceo.

He added that the works for the Somes river deviation have already started.