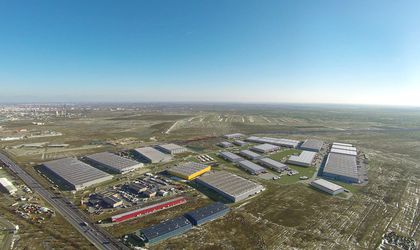 Logistics space investor, owner and operator P3 has reached the milestone of 300,000 sqm of built space at its P3 Bucharest park, the company has announced. Since it bought the park in early 2015, P3 has added a total of 85,000 sqm of new space for existing and new tenants.

P3 plans to continue expanding in Romania as well as in Western Europe, company representatives have said. Following the recent acquisition of land adjacent to P3 Bucharest park, the company can now build up to 90,000 sqm more space in units ranging from 4,000 sqm up to 40,000 sqm.

“We are proud to have reached our 300,000th sqm. It is a testament to the strong demand for the park’s location just 13 km from the city centre and the quality of service customers receive from P3, with many businesses wishing to expand within the park. We look forward to continuing to develop our existing land bank and reinforcing P3 Bucharest park’s position as the premier logistics park in Romania,” said Blake Horsley, country head of P3 Romania.

“P3 Bucharest park is the largest logistic park in Bucharest and in the country. P3 acquired the park from CA Immobilien Anlagen AG at the beginning of 2015, the largest logistics deal concluded in the Romanian industrial market that year, At the time the park had 215,000 sqm of lettable space in eight warehouses. Delivering on our strategy to establish the park as an important logistics hub near Bucharest, P3 has built another 85,000 sqm of space and now owns eleven buildings in P3 Bucharest park,“ added Peter Becar, managing director of P3 CEE.

P3’s first new development project in Romania, a 28,000 sqm warehouse at P3 Bucharest park, was quickly pre-leased as part of a deal with Carrefour to establish an 81,000 sqm logistics complex at P3 Bucharest park. The second project was a new 19,100 sqm cold storage building, of which 15,000 sqm has been leased by Carrefour.