Over 6,000 pupils have attended for free the workshops of the project Money School on wheel in 2017 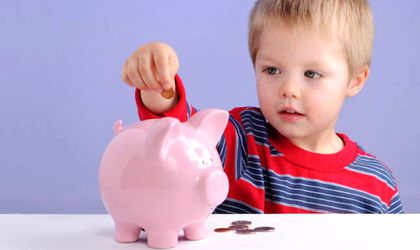 The Money School project will reach Iasi on January 15 this year.

Within the project Money School on wheels, children aged between 7-14 years learn, through different games, how money flows around the world, what is globalization and what effects can have on them and on the others the financial decisions. The workshops take place within FliP truck, whose modular trailer transforms into a playground and class room. For 90 minutes, groups of 15 students find out, with the help of specialized trainers, why it is important to save and to learn the money value.

„The objective of Money School on wheels projects is to make the financial education accessible to a a high number of children. In 2017 we made important steps into this direction and we are glad that FliP was received in every city with openness. In 2018 we aim to bring over 10,000 children from Romania to workshops and build, with the help of our trainers, a generation of young people responsible from financial point of view,” said Andreea Nicoleta Deliu, coordinator of Money School.

The project is made in partnership with BCR Leasing and Vodafone Romania Foundation. In the last year, over 700 employees of BCR became willingly teachers of financial education and delivered 10,000 workshops on financial education.