Over 350,000 sqm office spaces to be delivered in Bucharest and other Romanian cities this year 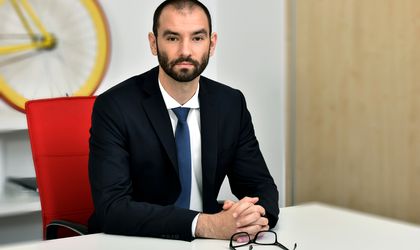 Over 350,000 sqm office spaces will be delivered in Bucharest and other Romanian cities this year, as the office market registered in 2016 the highest delivery rate since the last 7 years, according to the data of the real estate consultancy company Colliers International. Similar to last year, the demand will come especially from IT and BPO/SSC company.

„Taking into account the services industry development, which became the second big contributor to the GDP, we expect that this sector to bring the expansion of the office spaces in Bucharest and big university centers cities, such as Iasi and Cluj-Napoca. At the same time, Timisoara or Brasov are prepared to develop new offices due to the demand from the engineering sector. Taking these into account, we estimate that the current stock of 3 million sqm at country level will increase by approximately 352,000 sqm in 2017, out of which 265,000 sqm in Bucharest and 87,000 sqm in the other cities,” said George Didoiu, associate director within office department at Colliers International.

„While cities such as Iasi or Craiova need to develop their office spaces stock, Bucharest and Cluj-Napoca are focusing on improving the technical skills and Timisoara and Brasov on the workforce growth. If these issue were solved, we think that in Bucharest approximately 20,000 persons/year would be hired, which would determine an annual demand for offices of 160,000 sqm. Cluj-Napoca and Iasi might add approximately 50,000 sqm annually to the current stock,” said Didoiu.

In 2016, the stock of office spaces in Bucharest reached 2.1 million sqm due to the new deliveries, which amounted to 230,000 sqm. The highest demand volume was registered in known areas, but during this year the areas in development, such as the northern part of Bucharest, will attract the developers, according to Colliers International.