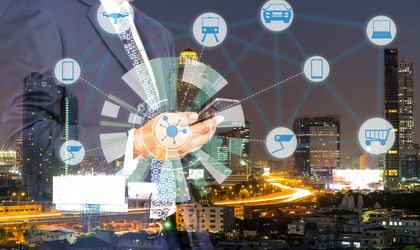 Over 25 percent of Romanians live in a city planning to develop or already finished at least one Smart City project, according to Agerpres.

Based on the public sources that covered the subject during the last year, on the information from city halls, on companies and interviews, 38 big, medium and small cities in Romania, plan, are developing of already finished over 200 Smart City projects, according to the study of the intelligent solutions integrator Vegacomp Consulting.

„The cities from the list comprise, according to the last census, a population of over 5.631 million, and the fact that over a quarter of Romanian population lives in a city that already goes into Smart City area makes as glad. On the other hand, we see the huge potentail of these solutions, if we take into account the total population, as well as urban population uncovered or the citizens from the cities with Smart City projects which do not have these benefits,” say the study developers.

The leader is the Smart Governance category, covered by 49 projects, followed by Smart Living, with 48 projects.

Smart City solutions identified in Romania, as well as at global level, include the street illumination, Smart Parking, video monitorization and teh supply of public services of WiFi, followed on the long term by traffic management systems, waste management and different sensors.