Over 100 Romanian names rumored to be involved in the #PanamaPapers 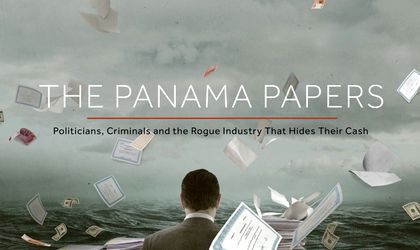 According to Paul Radu, the names belong to well-known businessmen in Romania.

“I cannot give the names now, but in general these are business people who have a great impact on the country’s economy,” the journalist stated.

Rise Project will give a series of surveys, views, information about the people involved, about how they used their offshore businesses over the coming weeks.

“We have many gigs of documents only for Romania, the information volume is enormous. Sometimes it comes down to PDFs with several hundred mega each. Their impact can occur for a long time from now, much of the information could be relevant later,” Paul Radu explained.

The Panama Papers investigation carried out by a group of international media is aimed at the operation of offshore companies, some open in Panama but some only involving Panama lawyers and having HQs in Seychelles, British Virgin Islands and other off-shore jurisdictions.

The files mention several personalities worldwide, including Vladimir Putin, the prime minister of Iceland, the president of Ukraine, Petro Poroshenko, but also personalities from the world of sport, such as Lionel Messi and Michael Platini or Spanish filmmaker Pedro Almodovar and actor Jackie Chan. In Romania, the names of Corneliu Iacobov and Frank Timis were mentioned.