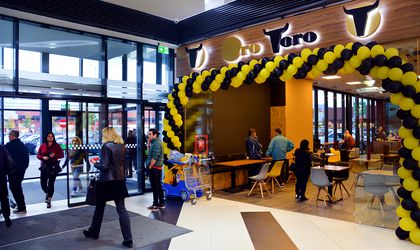 The fast food chain Oro Toro by Osho has opened its 10th location on October 14 at Vulcan Value Centre. The new restaurant has a surface of 140 square meters and required an investment of EUR 120,000.

The opening of the new location created 12 workplaces, „new members but also personnel that started with us from 2014,” said Giorgos Malideros, the owner of  Oro Toro.

For this year, the company prepared the opening of the new location from Veranda Mall. In the country, two new units were already opened, at Brasov and Timisoara.

Oro Toro is a fast-food chain with American Steakhouse specific, derived from the OSHO, the steakhouse restaurant.