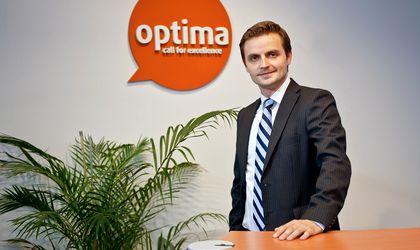 The outsourcing company Optima registered a turnover growth of 30 percent in the first semester of the year compared with the same period of the last year. The overall turnover in 2015 was RON 9.7 million.

“The growth is due mainly to the portfolio diversification of services and to the opening of the center from Iasi. The Iasi development supplied the company with the necessary things needed for growth, moreover functioning as a resource of business continuity for the Bucharest center. We are interested in extending our team and we are in the process of expanding our office. We are searching for 50 new colleagues in Bucharest and Iasi, because the growth perspectives of the company became very concrete through the projects that we are currently developing. We have vacancies both for entry level and management positions, “ says Daniel Mereuta, general director Optima.

In the following period the company will operate an expansion of the office from Iasi and until the end of the year it estimates that in the local center 100 persons will be employed, expecting that the total number will reach 300.

“We have big plans of growing at Iasi in the next two years. For this we take into account an application for state aid. Actually, we have passed the preliminary stage for this program, fulfilling the eligibility criteria. We are confident that we’ll also pass the next stages to obtain this state aid, “ says Mereuta.