Opinion. Dan Petre (D&D Research): The impact of the digitalization process on the local workforce 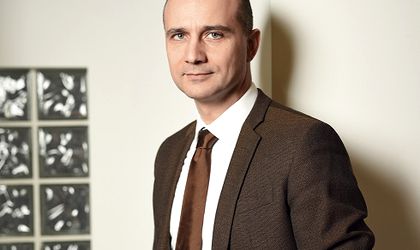 “I would start from one of the most famous aphorisms about technology and digitalization, coming from William Gibson, a SF prophet: ‘The future is already here – it’s just not evenly distributed.’ Romania is one of the most polarized countries when it comes to the impact of digitalization on the workforce. We have a small segment of highly educated individuals, who are connected to the social media and digital environment and are very oriented towards the West. They fuel the ‘new economy’ in general, and the IT sector in particular. However, we have a much larger segment of the workforce comprised of less educated individuals who have outdated skills and haven’t managed to adjust them to the needs of the current economy. They fuel mainly the ‘old economy’ in general and sectors like services and construction in particular. I would also include here the majority of employees who work in the public sector.

While for the first category digitalization has already had a critical impact and will continue to increase the added value of their work, for the latter the effect is the opposite. The majority of these workers will be impacted negatively and the value of their work will decline. Here we see a paradox. The need for workers to fill less qualified jobs will increase dramatically in the near future because of the migration of local workers abroad, especially the less qualified ones, and the lack of so-called ‘retraining’. Estimates suggest that up to 1 million positions were vacant in 2017. We can already talk about massive opportunity costs for the entire local economy, which translates into a significant slowdown of the rate of development generated by the lack of workforce, be it qualified/digitalized or not.

All sectors are already or will be highly affected by the digitalization phenomenon. Here are some of those which digitalization has already impacted or will have a significant positive or negative impact:

Technology industries / IT – Romania has a significant advantage in this field, which I think could be maintained and developed if this sector continues to be seen by the Romanian state as a strategic one for economic development.

Creative industries (mainly marketing and advertising) – Romania has a competitive advantage in this sector in Eastern Europe, being one of the countries with the most awards won at international festivals and with the largest number of regional creative directors.

Agriculture – the reality is that the conventional agricultural model is obsolete and has become a real brake on the development of this sector. The polarization of the workforce is probably strongest in this sector and so it is easiest to see it. Digitalized agri-businesses (applications that integrate recommendations depending on weather conditions, types of crops, type of the infield, cropping time) are the only ones that can achieve the productivity needed to do business in the new economy. An increasing number of such companies are moving away from using traditional, interim, low- or no-skilled workers to the advantage of the highly qualified and digitalized workforce.

Tourism – Given the fact that applications like Airbnb have revolutionized this sector at international level, it must adapt to the new conditions or suffer.