Opinion: Bucharest, this “in-visible city” that failed to become Europe’s Cultural Capital | How we got here 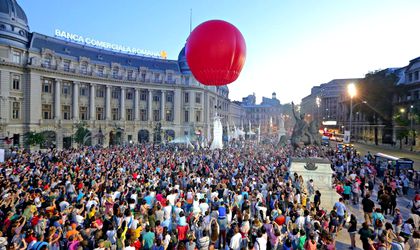 Bucharest, this “in-visible city”, as the team who worked for the European Capital of Culture named the project, had all the premises to win the competition: administration’s support, infrastructure, thousands NGOs specialized in cultural management and cultural programming, significant financial support. But they didn’t and we all read the jury’s arguments.

Why? In my opinion, because the city’s cultural scene is basically invisible for those inhabitants who live outside the city’s center, where everything happens. And to tell the truth, the cultural life of the city started to improve significantly for a while now, having at least one festival per week, spectacular film premieres, incredible theatre performances, book launches, exhibitions, art happenings, creative industries workshops and conferences, concerts with national and international artists, sports events, etc.

Read what’s up with Timisoara, which just won the 2021 European Capital of Culture title

For the first time, Bucharest has a long-term cultural strategy courtesy of this competition for European Capital of Culture. It took them over two years to finish it, although there were over 230 cultural stakeholders, according to the officials.

And for the first time, those living outside city center were included in a cultural strategy. But it came too late, in terms of time and possible implementation of something that could demonstrate the potential of this “in-visible” city of ours.

Being also the country’s capital, where almost everything happens, from film festivals to live concerts, but the problem I see is that these events are consumed by those who read news online and spend time on Facebook – not necessarily young people, but those with high education.

And Bucharest is more than some hundreds of thousands of highly educated citizens: it’s about the old, grey blocks with thousands of apartments each, with small, overpopulated parks between these blocks, with everyday problems written on the walls and commuters coming from work to home and vice-versa. For them, the city should become visible.

Or maybe the commission decided that Bucharest can work by itself on the strategy proposed, underlining again the financial power of the city. Arcub and Creart, the two organizations which are directly subordinated to the City Hall, have a yearly budget of over EUR 14 million.

It’s a matter of time until all this cultural stakeholders will reschedule everything according to their promises and make Bucharest visible, from east to west to north and south. And then, 2021 will be an absolute win for all of us, from the capital of the country, to all over Romania.