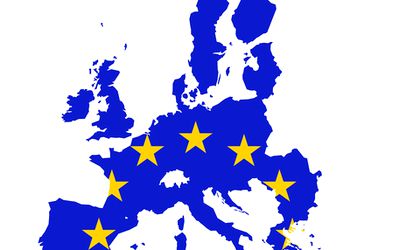 Romania has to wait only ten years to become as wealthy as the rest of the European Union bloc, reaching 90 percent of the average EU gross domestic product (GDP) per inhabitant at purchasing power parity (PPP) by 2028, sooner than most Eastern European countries, according to the Open Society Institute Sofia.

A report released on Wednesday by the Open Society Institute Sofia estimates that Romania, which reached 58 percent of the average EU’s GDP in 2016, the second-lowest among the 28 EU member states, will outperform its region to become one of the most developed countries in the EU’s Eastern wing within the next decade.

Eurostat data show that Romania was still far behind other Eastern European nations in terms of economic development in 2016, with 58 percent of EU’s average GDP/inhabitant, compared with 60 percent in Croatia, 65 percent in Latvia, 67 percent in Hungary, 68 percent in Poland, 75 percent in both Estonia and Lithuania, 77 percent in Slovakia, 83 percent in Slovenia and 88 percent in the Czech Republic. Bulgaria is EU’s only country that lags behind Romania, with 49 percent of EU’s average in 2016.

But Romania, which posted an impressive 6.9 percent GDP growth rate last year, the highest in Europe, will keep higher growth rates within the next ten years and will reach 90 percent of EU’s average by 2028, according to the Open Society Institute.

But all the other countries in the region will have to wait more than Romania to reach the target. Latvia and Poland will reach 90 percent of EU average in 2030, Estonia in 2034, Hungary in 2035, Croatia in 2041 and Bulgaria in 2042, the Open Society Institute estimates.

The Balkans’ countries outside the European Union will perform much worse. Bosnia will have to wait 43 years (until 2071) to reach 90 percent of EU’s average income, less than Montenegro (2074) and Macedonia (2091), while Albania and Serbia will reach the same target in the next century, according to the report.