Only 3 percent of Romanians believe the economy will return to growth, shows Eubarometer survey 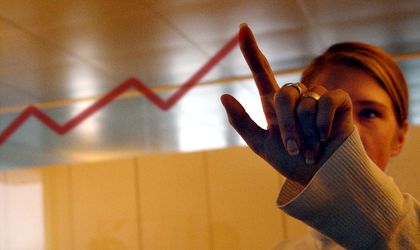 The latest Eurobarometer conducted across all EU Member states revealed that Romanian’s awareness regarding credit rating institutions and Eurobonds is quite low and that they are not optimistic about the return of growth in the economy.  The survey assesed the perception on the economic crisis, across all member states of the EU.

The survey shows that 53 percent of respondents consider that the current economic crisis has a very significant impact on the Romanian economy and another 37 percent consider it to have fairly a significant impact. Another 38 percent responded that somene they know has lost their job because of the crisis. This not includes relatives or colleagues.

Romania’s economic future is also grim according to the people that answered the survey. When asked when the economic growth will return in Romania, 47 percent answered that the crisis is going to last for many years to come, while 56 percent consider that the revivail of the economy will start in the coming years. Only 3 percent of respondents at a national level believe that we are already returning to growth, while the EU average is 8 percent.

When asked about the impact of the current crisis on their personal situation, 43 percent of respondents in Romania stated that it had a very significant impact, while another 36 percent consider to have had a fairly significant impact.

This EB/PE survey “Europeans and the crisis” was conducted by TNS Opinion between 3rd and 18th September 2011 on the basis of face to face interviews with 26.856 citizens aged over 15. The previous one was carried out in April-May 2011. In Romania, 1.050 individuals answered the survey.