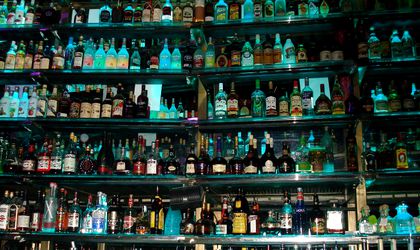 One in four Romanians drinks an alcoholic beverage every day, according to a GfK study about consumption patterns in this sector.

During a year, the number of alcohol consumers varies, peaking in the hot season (April to September). The preferred drinks of Romanians are the beer and the home-made wine and their importance in the consumption changes depending on the weather: the beer is preferred in the summer, while the wine in the cold season.

During October 2015 – March 2016, the rate of consumption for the home-made-wine triples.

After analyzing the consumption patterns, GfK noticed that the Romanians prefer the hot beverages, especially the coffee and the coffee based mixes – almost half of the occasions being generated by these beverages.

More than a third of the drinking occasions are for cold beverages and 16 percent by the alcoholic beverages. The daily liquid quantity is over 630 ml (with the exception of water and dairies).

One in 10 adults consumes at least one drink in bars, restaurants and terraces and the daily incidence rises in the hot season with almost 20 percent.

The GfK study is carried out yearly, in 4 waves. The sample of consumers comprises people aged between 18 and 60 and is representative at a national level.