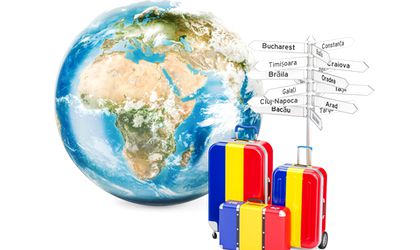 The number of arrivals of Russian visitors in Romania has increased by 13.6 percent in the  first half of this year compared with the same period of 2017, while visits of citizens from conflict zones like Syria, Yemen or Mali have surged, official data show.

The number of arrivals of Russian visitors in Romania rose to 31,075 in the first six months of this year, according to the National Institute of Statistics (INS).

A sudden surge in arrivals was also recorded from Eritrea, whose government is accused by the UN of carrying out systematic, widespread and gross human rights violations. The number of Eritrean visitors rose by 350 percent in the first half of this year, up to 36.

In the first half of this year, Romania registered 5.1 million arrivals of foreign visitors on its territory, up 7.1 from H1 2017.