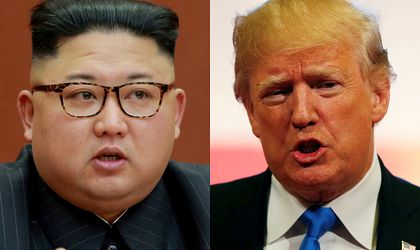 North Korea is casting doubt over next month’s planned summit between Kim Jong Un and Donald Trump, saying it may reconsider attending if the US insists on unilateral denuclearisation, Reuters reports.

According to the North Korean state news agency KCNA, high-level talks with Seoul have been called off. The news outlet cited first vice minister of foreign affairs Kim Kye Gwan as saying that the fate of the summit and bilateral relations “would be clear” if Washington wanted a “Libya-style” denuclearisation for North Korea.

“If the US is trying to drive us into a corner to force our unilateral nuclear abandonment, we will no longer be interested in such dialogue and cannot but reconsider our proceeding to the North Korea-US summit,” said Kim Kye Gwan.

He added that the precondition for North Korea’s denuclearisation is to put an end to “hostile policy and nuclear threats and blackmail of the US.”

Initially, North Korea had announced it would publicly shut down its nuclear test site next week, and Trump and Kim Jong Un were to meet in Singapore on June 12. US Secretary of State Mike Pompeo said that the US would lift sanctions if North Korea completely dismantled its nuclear programme.