Nokia brings back 8110 banana phone used in ‘The Matrix’ 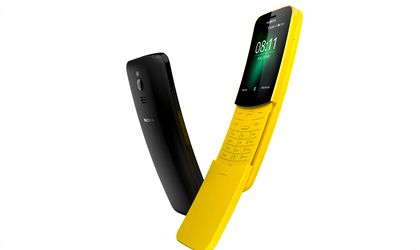 HMD Global brings back the 8110 banana phone used in ‘The Matrix’, following the relaunch of the 3310 model from 2017, according to the Guardian.

According to the Guardian, HMD says that the 8110 is a great ‘weekend phone’, allowing users to “switch off, have fun and relax”.

The original Nokia 8110 slider “banana” phone was released in 1996 and after three years it became famous appearing in the film „The Matrix”.

Nokia 8110 was the innovation of that time, with the slider down, curving gently towards the mouth.

However, it became popular when Reeves shot down the slider picking up the phone to Morpheus before dropping it from the boarder of a tall skyscraper.

“The Nokia 8110 comes with the craftsmanship you expect from a Nokia phone, delivering durability and reliability as standard,” said HMD.

The new Nokia 8110 will have 4G and Facebook will be available at some point through an app.