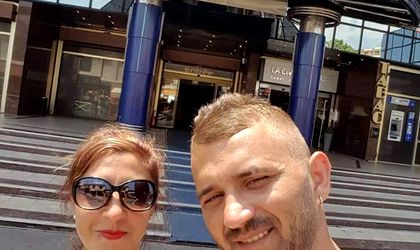 According to community page SOS Nice, a Facebook page where those looking for missing people in the aftermath of the July 14 terrorist attack can post messages, two other Romanian citizens are missing. The Romanian Ministry of Foreign Affairs (MAE) has denied having received any requests in connection with the two individuals in question.

Community page SOS Nice has posted on July 17 the message that two Romanian citizens, Alexandru Goldan, and his partner, known only by her middle name, were missing.“We are in search of alexandru goldan born 10.11.1989 missing with his girlfriend Elena’s not in July 1985. The two are of Romanian nationality. If you have information please come back to us,” the message read. According to Facebook user Gabriela Alexandra Caras, Alxandru Goldan is from Tulcea and lives together with his spouse Elena in Capri, Italy. The message has been shared around 600 times on Facebook.

In reaction to the message, MAE representatives have released a press statement saying that “regarding notifications on the social networks about the two Romanian citizens missing in Nice, we state that until now, no requests, either via phone or e-mail were received regarding the two persons in question.”

“According to instructions of the Crisis Cell of the MAE, the Romanian Embassy in Paris has requested the specific assistance of the competent French authorities. Checks regarding these individuals are ongoing. We request and remind Romanian citizens, as well as their relatives that they can use the telephonic contacts of the Consulate General of Romania in Marseilles, +33 491221741, the Romanian Embassy in Paris +33 (0)147052966; +33 (0)147052755; +33 (0)145503997; +33 (0)147051040, calls forwarded to the Center of Contact and Support of Romanian Citizens Abroad (CCSCRS) and answered by call center operators 24/24.

According to the MAE, a Romanian man is still missing. His spouse and their child have been identified among those injured in the Nice attacks. The underage child was found in a children’s hospital in Nice on Sunday.

Romanian PM Dacian Ciolos said on Sunday he was in contact with his French counterpart Manuel Valls about the Romanian citizens that were still missing in the aftermath of the attack.