NEWS ALERT: Alina Bica, former head of DIICOT, was cleared of charges by the ICCJ 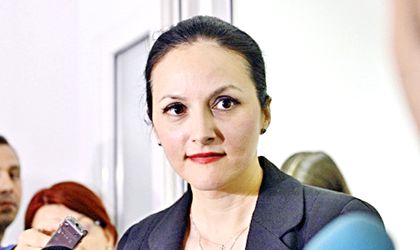 Former head of DIICOT Alina Bica was cleared of charges by The High Court of Cassation and Justice (ICCJ) in the National Authority for Restitution of Property (ANRP) file. The decision is not final.

In the same case, businessman Dorin Cocos was sentenced to 3 years, one month and 10 days with execution for influence peddling, and his son, Alin Cocos, was acquitted.

For Oana Vasilescu and Lăcrămioara Alexandru, the DNA has demanded punishments with execution, but aimed at the minimum prescribed by law. In the case of Dorin Cocos, the prosecutor requested a jail sentence with execution, but “to a limited extent”, following the denunciations made by him, and for Alin Cocos a suspended sentence.

Anticorruption prosecutors have demanded the confiscation of the Snagov land that Alina Bica would have received through Ionuţ Mihăilescu, but also the sum of EUR 10 million from Dorin Cocos. The DNA also demanded that the defendants pay jointly approximately RON 300 million.

In the ANRP file, Alina Bica is accused of bribery and abuse of office with particularly serious consequences, committed as a state secretary and a representative of the Ministry of Justice in the Central Commission for Settlement of Damages within the National Authority for Restitution of Property.

Deloitte Romania and Reff & Associates obtained a final favorable solution at the...