New Transport and Development ministers sworn in at Cotroceni Palace 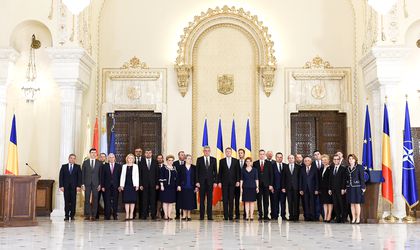 Daniel Suciu and Răzvan Cuc were sworn in on friday at Cotroceni palace as ministers of Regional Development and minister of Transport, after president Klaus Iohannis have rejected on several occasions the Government’s proposals.

Prima minister Viorica Dancila is in Spain, participating at the European Socialists Congress, and she was represented at the ceremony by the vice prime minister Viorel Stefan.