New species of dinosaur gets discovered in Romania 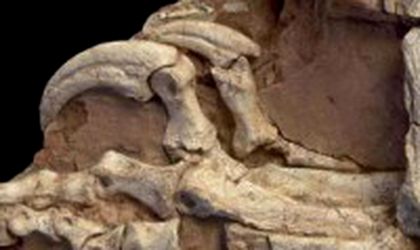 A new species of Velociraptor dinosaur was discovered in Romania by researchers from the University of Bucharest and Columbia University in New York.

The recently discovered dinosaur wandered the territories of Romania around 70 million years ago and, unlike other Velociraptors, had two claws on each foot instead of just one, according to Associated Press. The fossils show an animal 6 to 7 feet long with a stockier build than similarly sized Velociraptors that lived elsewhere on the globe.

The new type of dinosaur has been named “Balaur bondoc,” translated as “stocky dragon”. “Balaur might be one of the largest predators in this ecosystem,” explained Zoltan Csiki of the University of Bucharest, one of the authors of the discovery, adding that higher sea level at the time made the region an island archipelago.

It is not yet clear what Balaur Bondoc ate or how it hunted its food, but considering its size, it appears to have mostly relied on its strength, as well as on its large claws.