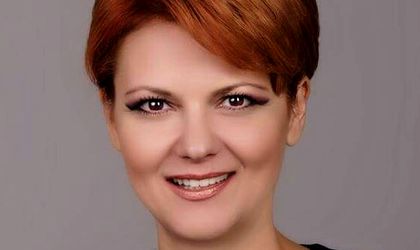 The minister of labor Lia Olguta Vasilescu claimed that the new public sector wage law will be applied starting July 1, but she did not mention when the draft bill will be submitted to Parliament for approval.

She claimed that the draft bill has already received several proposed amendments adding that those that submitted the changes “did not read the law”.

“The law is good, it is not perfect, as I have said each time. I have already said that probably enough amendments will be made. Of course that we don’t want to change the essence of the law,” said Vasilescu. Although she failed to say when the draft bill would be submitted in Parliament, she claimed that it should be signed into law by July 1.

The minister added that the approval deadline for the law takes into account a potential decision of president Klaus Iohannis to send it back to Parliament for reexamination or to challenge it at the Constitutional Court.

The head of the Social Democractic deputies Marcel Ciolacu recently stated that there isn’t a clear timeline to submit the draft bill to Parliament for approval.