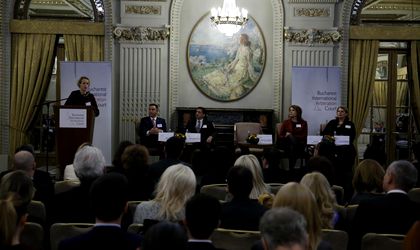 The Bucharest International Arbitration Court, BIAC, a new independent Romania-based arbitration center was launched on November 2, under the auspices of the American Chamber of Commerce in Romania (AmCham Romania).

The new court will focus on business and commercial disputes in Romanian and English languages, especially involving disputes related to foreign investors and multinationals active in Romania.

“The Bucharest International Arbitration Court is the result of a three years’ work that has combined practical issues, negotiations and persuasion and we are confident that we will present a valid alternative to the local and international arbitration institutions”, said Anda Todor, member of the AmCham Romania Board of Directors.

The BIAC is one of the few courts of arbitration in the Central and East European region which is implementing the “Equal Representation in Arbitration” pledge, determining BIAC to improve the profile and representation of women in arbitration.

The BIAC has also recently appointed an international arbitration practitioner, Annet van Hooft, as its honorary president. Van Hooft has extensive arbitration experience under the rules of various international arbitral institutions, including the International Court of Arbitration (ICC), the Stockholm Chamber of Commerce (SCC), and the World Intellectual Property Organisation (WIPO), as well as in ad hoc proceedings.

“BIAC is a terrific initiative which will be beneficial for the resolution of disputes through arbitration in Romania and beyond in Central and Eastern Europe.  This institution has everything going for it to become very successful in its mission: a good set of Rules, experienced administrators and last but not least the support of the business community through, among others, AmCham”, said Van Hooft.