Neo Mamaia, the first One United residential project outside Bucharest, to start construction this month 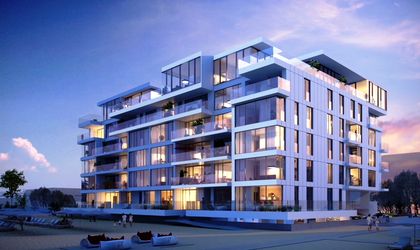 Neo Mamaia, the first premium project developed on the seaside in the Mamaia North area by One United Properties, has received building permits, and in October it is announced the start of the construction work on the site.

Neo Mamaia is a premium residential project, designed by the X Architecture & Engineering office, coordinated by Marius Calin, trained in the United States and with extensive experience in America and Asia. The building will benefit from a spectacular lobby whose design is responsible for the Lemon Interior Design design boutique, coordinated by Cristina Capitanu and Elena Oancea.

”Once we receive building permits, we can say that we are opening the construction site for Neo Mamaia, scheduled for October 4th. The project plans approximately 40 apartments and is part of the Neo real estate division, whose portfolio will include exclusive residential complexes both in Bucharest and on the seaside. In total, we have three projects under the brand Neo – Neo Floreasca Lake, Neo Mamaia and Neo Timpuri Noi, ”said Catalin Scripcaru, co-head of Neo real estate division.

The Neo Division is part of One United Properties’s long-term development strategy and is a project that will align with the exclusive residential residential portfolio standards. This business line aims to capitalize on the potential of a relatively unexploited segment so far and to develop smaller but equally exclusive real estate projects.

Neo is headed by Octavian Avramoiu and Catalin Scripcaru, 30 percent shareholder in the new project, along with One United Properties.

One United Properties has several completed residential projects (376 apartments) under construction (387 apartments) and is due to be started in the following years (over 500 apartments).

The Office Division focuses on the development of sustainable, efficient office buildings located in central areas. One United Properties owns North Gate, a complex office in the northern area of Bucharest, with 23,000 square meters and 500 parking spaces, while One Tower, located in the central area of ​​Bucharest, is currently under construction.