Negritoiu: It would be “extremely unproductive” to have a step back and break ASF 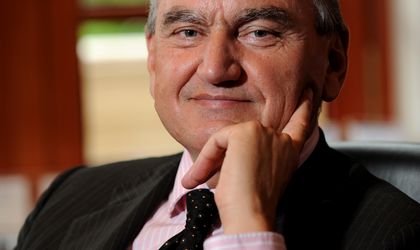 Breaking the Financial Supervision Authority (ASF) would be extremely unproductive, considering that the rest of Europe has an integrated surveillance system, says the ASF president, Misu Negritoiu.

„The European trend is that all the authorities have an integrated supervision system and probably if it was a change in Romania, it would have to be taken into account if it integrated together with the banking surveillance or there will be “twin peaks”, meaning to have surveillance based on risk and the surveillance based on conduct separately. It would be extremely unproductive to have a step back and break the ASF in two or three institutions from several reasons. I think that even logistically it would be hard. We are making now an integrated platform and it would be very hard for those who might want to break it…but this is a political decision,” said Negritoiu on Tuesday.

According to him, only eight countries from Europe have currently separate regulation institutions for the financial markets.

„I came to ASF to consolidate an already formed institution. It’s a good thing what was made, but we’re not yet where we should be, from any structural point of view. Out of 28 countries from Europe, including the non-members states, which participate to the non-banking financial markets, in 16 countries the surveillance authority is integrated, including the banking market,” added Negritoiu.