Ministry of Health allocates EUR 7.3mln for the acquisition of incubators for newborns across Romanian hospitals 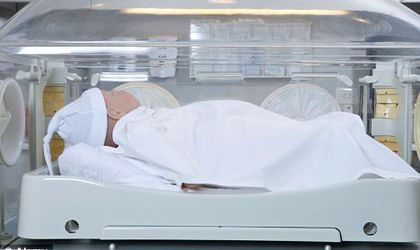 Romania has made progress in developing medical assistance for newborns, prenatal screening, neonatal and other medical services for the mother and child. More recently, the Ministry of Public Healthcare has allocated approximately EUR 7.3 million for incubators across Romanian hospitals, said Public Healthcare Minister Patriciu Achimaș-Cadariu, quoted by Mediafax newswire.

“At the beginning of the year we started to collect data from all hospitals that had obstetrics-gynecology and neonatal departments across the country, both from the units under the Ministry of Health as well as units which, following the decentralization process, are now under the management of local or county councils. The 123 hospital units have reported a need for 597 incubators. To cover this need, the ministry has allocated a budget of RON 33 million, which is the equivalent of EUR 7.3 million,” said the minister.

He also added that up to the moment, 19 maternity hospitals were modernized to current medical standards. The investments went into construction works, intervention rooms, C-sections, birth rooms, surgery theaters, rooms for the infants and treatment rooms.