Ministry of Economy: Construction sector could account for 15 percent of GDP 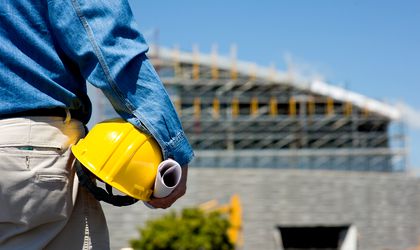 After the share of construction in the country’s Gross Domestic Product (GDP) exceeded 11 percent during the 2007-2008 economic growth period, at this moment the share is only 4 percent, with the potential to reach even 15 percent, according to a Ministry of Economy a draft on the approval of the National Competitiveness Strategy 2015-2020.

”A well-developed construction sector is needed to make the necessary investments for the development of the economy. While the construction sector at the European level generates almost 10 percent of GDP and provides 20 million jobs, especially for micro and small enterprises, in Romania there is a sharp decline in this sector,” the project states.

The construction sector has great growth potential as a catalyst for economic development, and can be considered a future sector, say the authors of the document. More than that, the construction sector is one of the main consumers of intermediate products (raw materials, chemicals, electrical and electronic equipment, etc.) and related services.

”In addition to the future productive sectors identified as sectors with export potential and intelligent specialization, in order to ensure the competitiveness of the Romanian economy as a whole, an efficient distribution system is needed to ensure the link between the products of the sectors identified as future and safe end users with minimal costs,” the project said.

The National Competitiveness Strategy (NAS) 2015-2020, approved by the Government Decision no. 775/2015, is a strategic document of the Ministry of Economy, designed to correlate interventions dedicated to competitiveness.   The document aimed to provide a solution for short and medium term economic development that would allow the exploited potential to be exploited to create added value and prosperity.