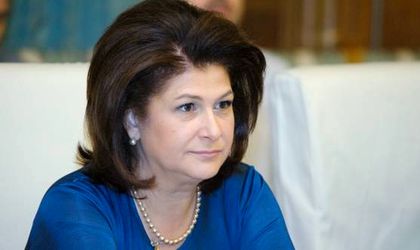 The minister delegated for European Funds, Rovana Plumb, signed this Wednesday the first two agreements for technical assistance and for the bilateral relations fund of SEE and Norwegian grants 2014-2021, according to a release of the authorities.

“Less than one year since the signing of the Agreement Memorandums of the implementation of financial mechanisms SEE and Norwegian 2014-2021, the moment that represented the finalization of negotiations between Romania and the state donors, Rovana Plumb signed today the first two agreements for Romania,” says the document.

„According to the Agreement Memorandums on the financial mechanisms SEE and Norwegian grants 2014-2021, Romania benefits for 2014-2021 from a technical assistance of EUR 3 million and a bilateral relations fund of EUR 10.05 million. In the following period, the National Contact Point together with the Financial Mechanism Office will agree the implementation calendar of the grants through the two agreements,” says the source.

The SEE and Norwegian grants represent the contribution of Island, the principality of Liechtenstein and Norway Kingdom to reduce the economic and social gaps in the European Economic space and to consolidate the bilateral relations between the beneficiaries states and the donor states.