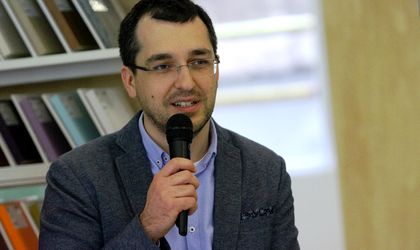 The dismissal takes place after the incident at the Victor Babeș Hospital in Bucharest, where 3 COVID-19 patients died as a result of an oxygen failure in the intensive care unit, but also after the evacuation of patients from the Foișor Orthopedic Hospital, transformed overnight into a COVID hospital.

However, the decision was taken after Andreea Moldovan, Secretary of State in the Ministry of Health, published yesterday an order regarding new criteria for quarantining a locality, an order not discussed with anyone in the government.

Prime Minister Florin Cîțu, following the discussions with Dan Barna, decided that Vlad Voiculescu should be removed from the position of Minister of Health, the interim position being provided by Mr. Dan Barna.

“Today, April 14, I submitted to President Klaus Iohannis the revocation documents from the position of Minister of Health of Mr. Vlad Voiculescu. The interim position will be provided by Mr. Dan Barna, until the appointment of a new minister to lead the Ministry of Health. At the same time, we decided to dismiss Andreea Moldovan from the position of Secretary of State at the Ministry of Health, and the decision will be published in the Official Gazette today “, Prime Minister Florin Cîțu announced, through a post on the Government’s Facebook page.