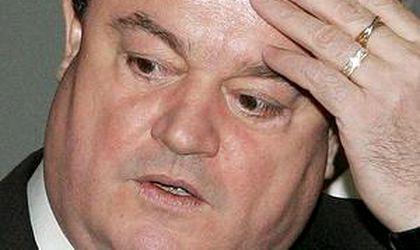 Vasile Blaga, the head of the Ministry of Administration and Internal Affairs (MAI), announced in a press conference he handed in his resignation to prime-minister Emil Boc.

“This morning, I gave the Prime- Minister my honorary resignation from the position of Minister of Administration and Internal Affairs,” said Blaga.

Regarding the recent protest of the police force, Blaga said that they had the right to protest but within legal confines. “Those who have done wrong will answer in conformity with the gravity of their actions. I cannot accept, however, that the gesture of some of them should reflect on all the MAI employees,” he said.

Blaga’s resignation is the result of a scandal caused by the protest of the police force on Friday, when policemen shouted at the president: “Get out, you filthy dog!” throwing plastic bottles, together with their uniform caps, in front of the police administration.

Following the protest, president Traian Basescu announced that the MAI police force will not ensure his protection anymore under the pretext that “the illegal march of policemen undermined the state authority.” Prime- Minister Emil Boc did the same.

Blaga also made an overview of his administration, saying that MAI is the only institution in Romania which managed to attract European funds 100 percent, up to a sum of EUR 600 million. Blaga also said that “we are on schedule with respecting our obligations for joining the Schengen space.”