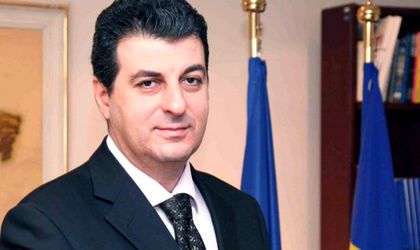 The Romanian minister of Defence, Mihnea Motoc, expressed his condolences to the family of the Russian ambassador, Andrei Karlov, who was killed in Ankara on Monday evening.

“A bloody night yesterday, with renewed fears in the face of resurgent terrorism that has no frontiers, no limits. At Ankara, the Russian ambassador, Andrei Karlov, is slain by the bullets of limitless hate. Condolences to the mourning family and solidarity with the Russian people on this challenge. Even tougher times are coming…” wrote Motoc on his Facebook page.

Karlov was shot dead by a Turkish cop, aged 22, during the inauguration of a photo exhibition. The attacker was later killed by Turkish security forces.