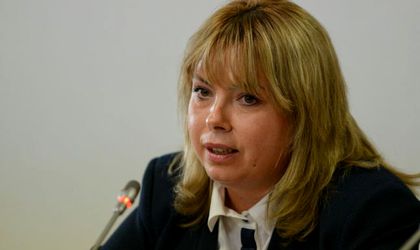 Anca Dragu, the minister of Finance, said that the loss to the state budget from fiscal evasion amouned to RON 2.9 billion in the first 4 months of 2016, however the loss being diminished with RON 569 million.

Also, Dragu said that there are estimates regarding fiscal evasion in the underground economy, made by specialised institutions such as National Institute of Statistics and Romanian Information Service.

In addition to the previous losses, there are insurance measures of RON 1.68 billion, fines and seizures of RON 94 mld, which means a reduction of the fiscal loss by RON 569 million.

What is more, she mentioned the fact that the tax administration agency (ANAF) is currently implementing a new IT system that would help in the fight against fiscal evasion because for the moment it is hard to follow in real time the revenues split by districts, according to Agerpres newswire.

According to the minister of finance, the industries with the biggest fiscal evasion are tabacco, alcohol and gasoline, but there are several measures taken against this issue, such as transability elements for cigarettes and these can be observed in the revenues and estimations.