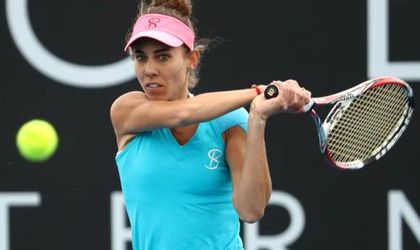 Romanian tennis player Mihaela Buzarnescu was forced to retire from her second round match against Ukraine’s Elina Svitolina, due to an injury she sustained during the third set.

The Romanian, the WTA’s No 20, had staged a comeback against the tournament’s fifth seed by winning the second set 7-6 after a hard-fought tiebreak and was playing well in the decisive set when she rolled her ankle and collapsed on court.

Visibly distraught, she was carried off the court in a wheelchair while the crowd cheered her performance. The match finished 6-3, 7-6, 4-3.

Just two days prior, Buzarnescu, who reached her career high ranking at the age of 30, had won her first tennis tournament at the Mubadala Silicon Valley Classic. The Romanian player cruised past first-time finalist Maria Sakkari of Greece, 6-1, 6-0 to win her maiden title.