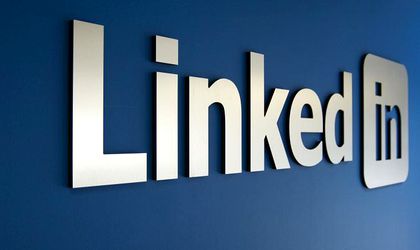 Microsoft, the producer of operating system Windows, acquires LinkedIn for USD 26.2 billion, offering USD 196 per share, which represents a bonus of 49.5 percent from the price registered on Friday by LinkedIn shares, according to Agerpres.

The transaction already received the approval of the founder and main shareholder of LinkedIn, Reid Hoffman, and will be closed at the end of this year. Microsoft will issue new bonds to finance this transaction.

After the announcement, the shares of LinkedIn registered an increase of 48.19 percent, up to USD 194.25 during the electronic transactions that preceded the opening of Wall Street. In turn, Microsoft shares dropped by 2.99 percent to USD 49.94 per share.

Jeff Weiner will remain the general director of LinkedIn and will respond to Satya Nadella, the CEO of Microsoft. Nadella said that “LinkedIn developed a fantastic business focused on professionals’ connection across the world.”

Moreover, he said that the objective of this transaction is the creation of a synergy, especially with Microsoft 365, Microsoft’s cloud operating system which aims to compete with Google.